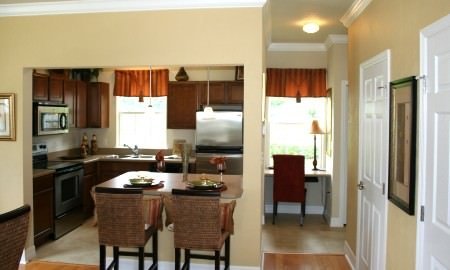 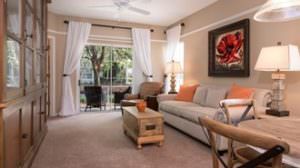 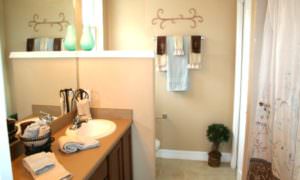 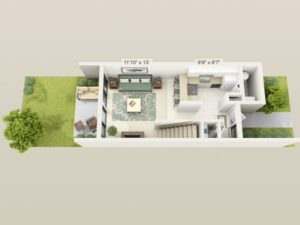 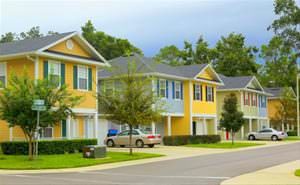 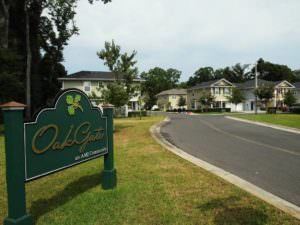 Transportation
Three miles north of University of Florida, OakGate townhomes are minutes from downtown Gainesville, Shands Medical Center and The Oaks Mall. Those who work or study at the university find the townhomes convenient but removed from the campus hubbub. The complex is closest to the north area of campus, making the drive to university structures like Heavener Hall and Library West about 9 minutes long. Driving to southern sections of campus takes a bit longer, with the commute lasting 13 to 15 minutes to sites like Shands Medical Plaza and the Cancer/Genetics Research Complex.

Bicycling to campus is another option for commuting, allowing residents to avoid the cost of campus parking. The ride to campus from the townhomes takes about 22 minutes, and there are a variety of route options on surface streets. Most of these streets do not have dedicated bike lanes, though, so plan your route carefully.

Using public transportation also saves commuters the cost of campus parking, but the commute can take 40 minutes to more than an hour. The simplest local bus route is Route 8. You can hop on a Route 8 bus at the North Walmart Supercenter, a 20-minute walk from the townhomes. Once on the bus, the trip to the north area of campus takes about 15 minutes, and the trip to south campus locations takes 18 minutes.

Route 15 buses are also convenient to the townhomes, picking up passengers about three-quarters of a mile away at 13th Street and 23rd Avenue. After a 27-minute ride on Route 15, you’ll transfer to a Route 1 bus that takes you to campus in about 10 minutes. Route 1 buses stop near Norman Field, Frazier Rogers Hall, Benton Hall and Shands Hospital.

Things Nearby
OakGate townhouses are just a few blocks from Gainesville Plaza, home to Burlington, Save-a-Lot, Ross, 2nd & Charles, The UPS Store and Bank of America. They’re also close to many quick-service and chain restaurants along Route 441 such as McDonald’s, Hot Wok and Checkers. Additional grocery markets like Lucky’s and Eastern Market are just 12 blocks away, and Publix is within 1.5 miles of the townhomes.

For recreation, there are several nearby options. Nature trails and forested land are abundant within a few miles of the townhouse community. The closest is 29th Road Nature Park, offering running/cycling paths less than a mile away.