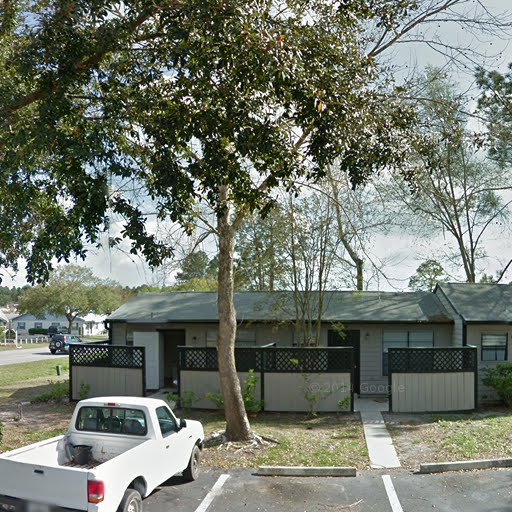 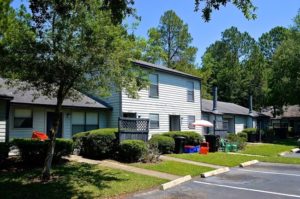 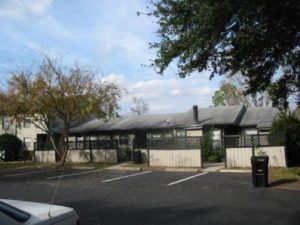 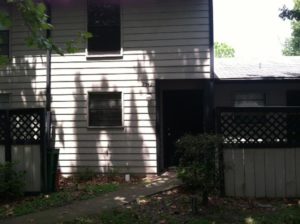 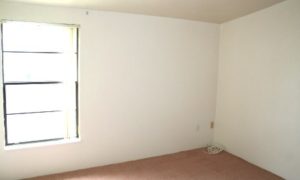 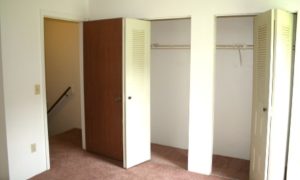 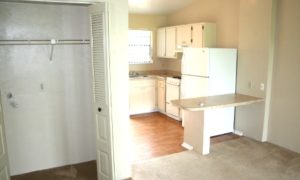 Transportation
Located in a peaceful Northwest Gainesville neighborhood, North Pointe Villas is three blocks from U.S. Route 441, making travel around town very convenient. University of Florida is just six miles away, and North Pointe residents enjoy the quick, 15-minute commute to north campus sites like Heavener Hall and Ben Hill Griffin Stadium. The drive along U.S. 441 to southeastern campus spots such as Shands Medical Plaza and the Dental Science building takes about 18 minutes. For southwest areas of campus, including Fifield Hall and the Orthopaedics & Sports Medicine Institute, it’s quickest to use State Route 121, which is also just a few blocks from the apartments. The drive from the apartments to southwest campus via S.R. 121 takes 17 minutes.

Public transportation is convenient to the apartment community, too, but the commute time from the apartments to campus is an hour or more. Bus Route 8 is the most direct route to UF. Route 8 buses pick up passengers at the North Walmart Supercenter, a 15-minute walk from the apartments. Route 8 travels along the east side of campus, making stops near Tigert Hall, Norman Field, Beaty Towers, College of Medicine and College of Dentistry. From there, it loops back to Museum Road and U.S. 441.

If you’re looking for the most economical way to get to campus, cycling is the best option. Biking to the northern section of campus takes 30 minutes; it’s about 40 minutes to southern campus locations. Several surface streets and rural highways make good bike routes to UF, but the fastest way to south campus is along S. R. 121/NW 34th Street. The route is mostly flat, and a dedicated bike lane is available on part of the route.

Things Nearby
North Pointe Villas is close to a variety of shopping centers, including a Walmart Supercenter that is four blocks away. In that same area, residents also find a variety of services, from a Kangaroo Express to a hair salon. Just a block beyond Walmart, Alachua County Farmers Market is the place to go on Saturday mornings. Nearby Northside Park offers plenty of recreation and picnicking options.

There are a variety of other stores, services and restaurants within a couple of miles of the apartments, especially along U.S. 441 and S.R. 121. These include The Home Depot, North Central YMCA, Hogtown Creek Headwaters Nature Park and Waffle House.