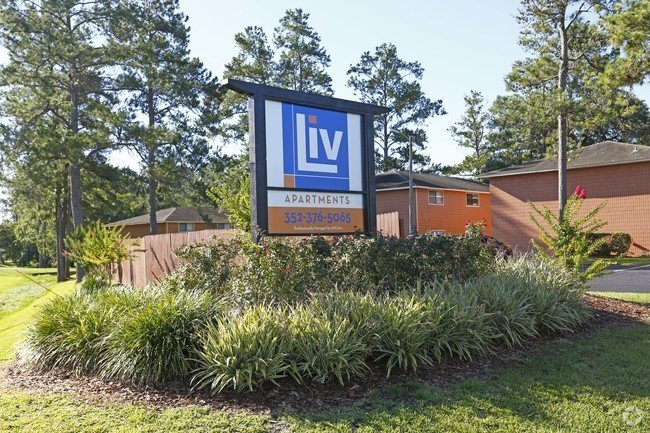 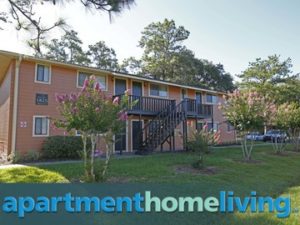 Transportation
A scant 12 blocks from University of Florida, Liv apartments are convenient to many campus and Gainesville locales. They’re closest to western and southern UF facilities such as the Florida Museum of Natural History and the Orthopaedic & Sports Medicine Institute. Driving to these areas of campus from the apartments is the quickest commuting option, taking about 5 minutes. Cycling is another convenient alternative since the apartments are nearly a straight shot down SW 20th Avenue to the campus. The bike ride can be completed in less than 10 minutes..

Easily accessible public transit provides a budget-friendly alternative to driving to campus. The simplest bus routes to the west side of campus are Routes 117 and 20, which pick up passengers a block from the apartments at SW 20th Avenue. The ride to Harn Museum of Art at UF takes about 15 minutes, and it’s a 25-minute ride to Reitz Union.

Route 126 is nearly as convenient, traveling to campus sites such as The Hub and Sorority Row. Apartment residents can catch Route 126 buses at the corner of SW 20th Avenue and SW 38th Terrace, which is an 11-minute walk for Liv residents. Route 126 buses run every 12 to 24 minutes during the week and offer weekend service.

Routes 28 and 62 are also options for residents of Liv. Route 28 is a convenient connection to UF campus sites such as the School of Law, Ben Hill Griffin Stadium and The Hub. Route 62 is convenient for traveling to The Oaks Mall.

For late-night and early morning travel Wednesday to Saturday evenings, Liv residents can hop on Later Gator C buses. These buses pick up riders a block from the apartments at SW 20th Avenue. They run eastward to UF sites and downtown and westbound to The Oaks Mall.

Things Nearby
Several stores and fast-food joints are conveniently located across SW 20th Avenue from Liv apartments. These nearby services include Kangaroo Express and Wingstop. Forest Park is extremely close, too, offering neighborhood residents a dog-friendly park with plenty of open space.

The nearest entrance to I-75 is just a little more than a mile from the apartments, so traveling around the region is simple too. There are dozens of stores, restaurants and services around this I-75 intersection, from Cracker Barrell and Steak ‘N Shake to Publix Super Market and Best Buy.